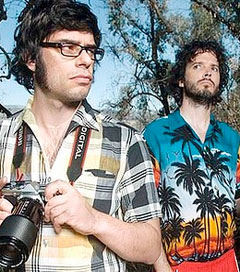 Tags: Age (The)  Flight of the Conchords  James Robinson