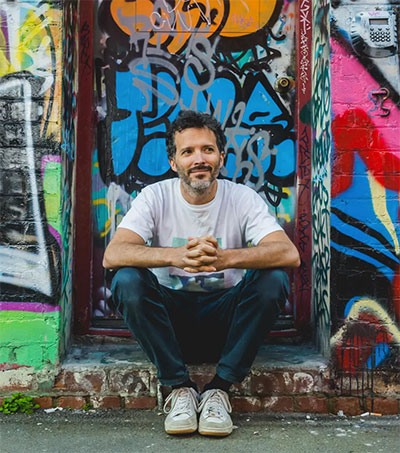 Bret McKenzie Speaks on the Oddness of Fame

The Flight of the Conchords star Bret McKenzie, 43, who is guest curating this year’s New Zealand Festival, speaks to The Guardian’s Charlotte Graham-McLay about his career thus far and the cost of compromise.

Although he’s one of Wellington’s best-known pop cultural exports – as a musician, songwriter, actor and comedian – nobody makes a fuss when McKenzie arrives in a central city café, Graham-McLay writes.

Fuss wouldn’t be entirely unwarranted. McKenzie’s portrayal of a particular type of socially awkward, deadpan New Zealander helped put the country’s dry humour on the map. And the comedy duo Flight of the Conchords – in which he performs with Jemaine Clement – so enraptured Hollywood that he could still be there if he wanted to, churning out season after season of the acclaimed TV show of the same name.

Their comedy was deeply strange, and audiences couldn’t get enough. Ten years on the pair can still fill an arena – as McKenzie puts it – with “just two little guitars and a xylophone”.

Yet McKenzie is happier away from Los Angeles and out of the spotlight. He is inconspicuous – his ideal state – in a café in New Zealand’s capital, raincoat on thanks to a torrential summer downpour.

Since his career took off he has also learnt the importance of doing things his own way. “I spent quite a few years trying to do things the Hollywood way,” he says. “I’m learning that, actually, it’s fine to not do it that way.”

For the New Zealand Festival, McKenzie is planning a week-long programme featuring local music, an outdoor adventure for families and performances by the Netherlands clowning group Släpstick, which he says is “just a really good time”.

He’s also writing songs for a new musical to be performed at the festival, The Brief and Frightening Reign of Phil, based on a novella by the US author George Saunders in collaboration with London’s National Theatre. Saunders’ work, like McKenzie’s, is surreal and blackly funny, and McKenzie says the Orwellian parable conjures up shades of “Boris Johnson and Donald Trump”.

Tags: Bret McKenzie  Flight of the Conchords  Guardian (The)  New Zealand Festival  The Brief and Frightening Reign of Phil