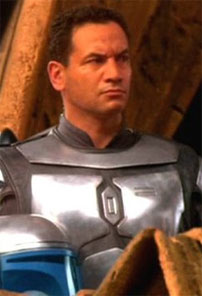 Jango Fett Has a Ball

Actor Temuera Morrison surprised Rotorua high school students recently when he made an appearance at their Star Wars-themed ball. According to the New Zealand Herald Morrison — who played bounty hunter Jango Fett in two of the Star Wars movie series — was asked to go to the Western Heights ball by his niece Ngatai Bennett, a student there. She thought it would be “really cool” for her uncle to go, given the night was themed around a movie he had starred in. Bennett told only a few people, as she wanted it to be a surprise for everyone on the night. Morrison presented awards for best dressed ballgoers and ball king and queen.