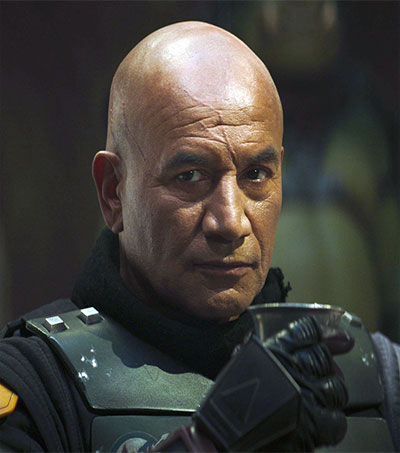 New Zealander Temuera Morrison vividly remembers the first time he tried on his Boba Fett suit, David Betancourt writes in a story for The Washington Post.

He sat in a meeting room with Star Wars VIP producers Jon Favreau and Dave Filoni, wearing a darker version of the armour he’d worn two decades earlier in the Star Wars prequels as bounty hunter Jango Fett, the man who provided the genetic material to create Boba – and he instantly felt stronger, with the urge to stick his chest out a little. There was no denying the electricity of the moment. And Filoni, one of the chief architects in Star Wars’ new era of pop culture relevance, gave a passing grade with his eyes – eyes that Morrison described as twinkling.

Filoni then said that they’d made the right decision in bringing Morrison back to Star Wars as one of the franchise’s most popular characters.

“I was so excited to attend this meeting I actually got there three hours early,” Rotorua-born Morrison, 61, told The Washington Post. “I just wanted to make the most out of the opportunity.”

Morrison wasn’t just the right choice. He was the only choice. More specifically, the only face.

Photo by Disney Plus.