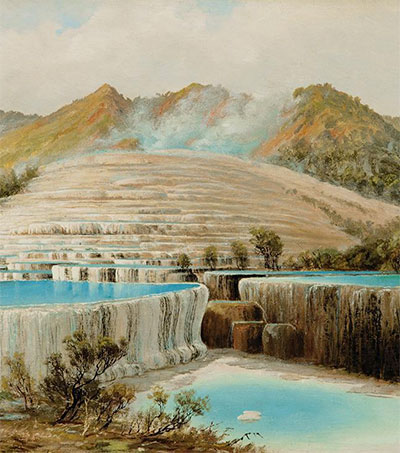 “Although New Zealand’s Pink and White Terraces were destroyed in a volcanic eruption in 1886, travellers can still explore this bubbling, boiling landscape today,” Dani Wright reports for the BBC in a series called, “Travel Journeys”, that “transports you to some of the most breathtaking landscapes, far-flung locations and fascinating cultures on Earth.”

“Once known as ‘the eighth Wonder of the World’, the Pink and White Terraces that cascaded down a hillside in [the] geothermal Rotorua region would have been a spectacular sight to behold,” Wright explains.

“Before the eruption that destroyed them in the late 19th Century, these natural wonders were New Zealand’s most famous tourist attraction, luring wealthy travellers from around the world to bathe in the salmon-pink waters of the Te Otukapuarangi (Pink) Terraces.

“Although the terraces are now gone, travellers can still explore this geologically fascinating landscape, often guided by descendants of the original Te Arawa tour guides.”