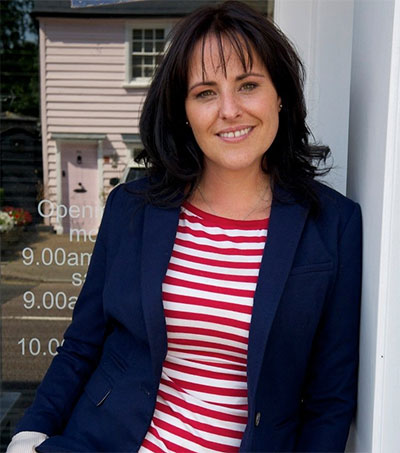 Rotorua woman Emma Rigby, 41, has become the first ever New Zealander to receive the British Citizens Award, which she was presented with at the Palace of Westminster in London last week, Stuff reports.

The award recognises exceptional endeavour and in respect to Rigby is in response to her doing extraordinary things in the local community.

Rigby, a mother of two, moved to England in 2003 and subsequently set up home in Enfield, London. Enfield was hit by the London Riots of 2011 and off the back of this she sought to bring the local community back together.

The concept ‘Love Your Doorstep’ was created around Rigby’s kitchen table and quickly established itself as the go to place to connect with local Enfieldians, find out what’s on or discuss local matters.

The Love Your Doorstep platform has gone from strength to strength over the last seven years winning the National FSB & World Pay Community Business of the Year Award in 2017, The Enfield Business Of The Year Award through the FSB in 2014, and The Enfield Innovation Competition in 2013.

The Enfield Community has now topped 25,000 members and the community has a website where local businesses can become part of the goods and services directory.

More than just a business directory, Love Your Doorstep has created a safe environment for local people. Daily there are amazing acts of kindness on the group, sharing of information and friendships formed.

Rigby told the Rotorua Daily Post her community spirit came from growing up in Rotorua.

“Rotorua is all about community and you don’t realise until you’re not there, living in another part of the world, how special that is.”

She said she was “honoured” to get the award.