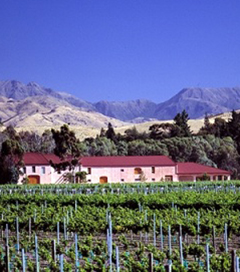 Isabel Estate Shows off Its Wines in America

‘With a population of just 46,000 Hattiesburg, Mississippi, is not the place you might expect to find a major wine festival featuring a huge array of world class vintners,’ says Forbes writer Larry Olmsted. But that’s exactly where Caitlin Tiller, wine ambassador for Marlborough’s Isabel Estate, showcased her wines to top US wine retailers and restaurateurs. It was the ninth time the festival had been held. For a mere $NZ85 per ticket, visitors sampled over 100 wine vintages. What’s more, all proceeds went to a good cause. ‘The event benefits Extra Table,’ Olmsted writes, whose ‘mission is to end hunger while tackling obesity. Today other cities and states [in America] are asking for help replicating Extra table, and what started in little Hattiesburg is well on its way to becoming a national programme.’ Ms. Tiller attended the festival with winemakers from California, Australia, Germany, Spain and South America. Isabel Estate was the only New Zealand winery to attend the festival, according to Forbes. The winery is located in Marlborough’s Wairau Valley. It specialises in Chardonnay, Pinot Gris and Sauvignon Blanc wines. Isabel’s North American -marketing efforts have borne considerable fruit. Its wines are now sold in stores and restaurants throughout the United States and Canada.