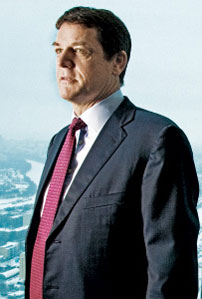 New Zealand-born Renaissance Group founder Stephen Jennings is betting big on Africa becoming the next global investment hotspot. Having fought through a number of corporate close shaves to amass a fortune worth an estimated $US1 billion, Moscow-based Jennings is overseeing Renaissance’s push into Africa, a continent home to many of the world’s fastest-growing economies but almost none of the world’s major investment banks. Jennings is convinced Africa is in the early stages of a lucrative growth spurt. “When it comes to Africa, we’ve got more invested there than probably any other financial institution in the world,” he said. Since taking a strategic call on Africa five years ago, Renaissance has become one of the largest real estate holders on the continent, building from scratch six new cities in Kenya, Ghana, the Democratic Republic of Congo, Zambia and Zimbabwe. Jennings said that, so far, Renaissance’s push into Africa had been profitable and returns had been “extremely high”. “They’re like the returns we saw in Russia 15 to 20 years ago,” he said.