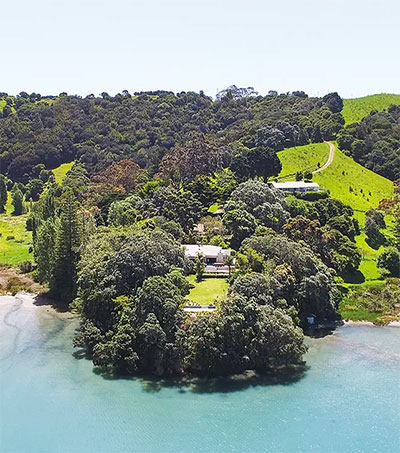 New Zealand, famous for the mountains that formed the dramatic backdrop to the film The Lord of the Rings, is now known for something else among the super rich: as a possible safe haven in the event of a global catastrophe. But they’d better be quick.

“As the world gets crazier and crazier our peaceful and beautiful little country just looks more attractive,” Wall says.

Prime Minister Jacinda Ardern has proposed a law to stop overseas buyers from purchasing existing homes. Social issues, including housing affordability, were a major part of her election campaign, during which Winston Peters, now deputy prime minister, dramatically announced that New Zealand “is no longer for sale”.

This will be a blow to the global super-rich for whom the country’s real estate was a priority item. Would-be buyers of second homes included purchasers from China and the rest of Asia as well as Americans seeking investments that would be secure from the consequences of Donald Trump’s presidency.

The problem for politicians in Wellington is the rise in property prices. Costs have increased ferociously, fuelled by low interest rates, a shortage of homes and rising immigration. Some people claim that foreign ownership has driven house prices higher, a similar scenario to that in parts of Britain. Last year, average house prices grew 10.4 per cent year on year, according to the global house price index from Knight Frank.

Ardern’s policy, due to come into effect next year, has sent clear signals internationally that New Zealand is about to tighten its policy. There are few details of what form the legislation could take but some suggest buyers will have to prove they were in New Zealand for at least 184 days in each of the past two years.

Elle Foenander of Knight Frank expects New Zealand to move to a model similar to Australia’s.

“If this occurs, it would mean foreign purchasers will be unable to purchase existing residential properties, instead only having access to new-build properties,” Foenander says.

Wall, meanwhile, says there are fewer foreign buyers than the public believe. “We sell properties to a lot of what would be considered foreigners [but] 99 per cent of them have New Zealand passports,” he says.