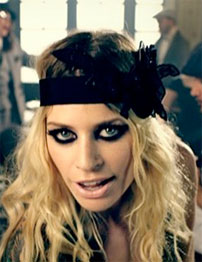 In Transit Amongst Spies

Auckland singer Gin Wigmore, 26, stars alongside James Bond star Daniel Craig in a new interactive television and digital ad campaign for Heineken and the latest 007 film, Skyfall. Wigmore wrote the ad’s theme song – Man Like That – and appears on screen singing inside a speeding train. The campaign was shot at Shepperton Studios in England with a number of replica James Bond film props. Wigmore is currently in the running for best worldwide act at MTV’s Europe music awards. Skyfall will be released in the UK on 26 October.