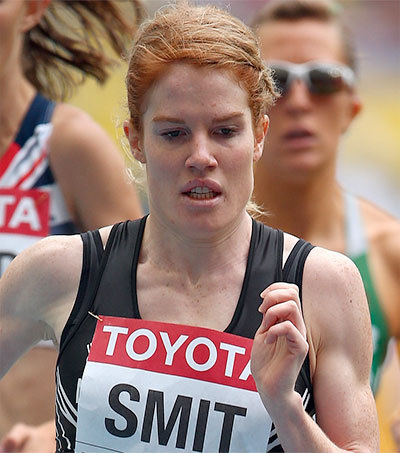 Rising Christchurch track star Angie Smit, 22, has found a second home in Braunton, North Devon where she is training for this month’s Commonwealth Games in Glasgow.

In just under four weeks Smit will line up against some of the world’s best middle-distance runners in the 800m race.

Smit will stay in North Devon before joining the New Zealand team at their pre-Commonwealth Games base in Cardiff.

“I was here last year and I know the area well now,” Smit said. “I love it, it’s such a nice area to train.

“I’m making the most of the track, the burrows and the countryside. We don’t have a track in Christchurch after the earthquake.”