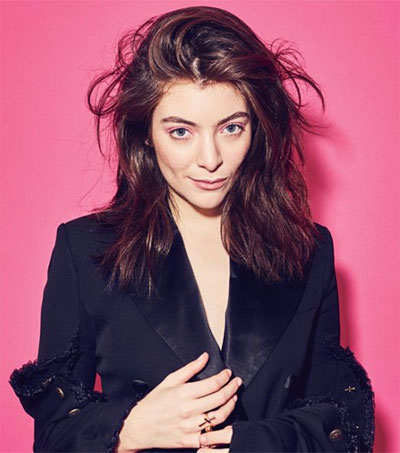 How Lorde Defied Misogyny and Expectations

It is a just over a year ago since the release of Lorde’s second album, Melodrama. Ordinarily, a retrospective would be premature, but Melodrama already merits one, according to Brian O’Flynn writing for The Irish Times.

“Apart from achieving universal critical acclaim, having been named one of the albums of 2017 by virtually every major music publication, the immersive electropop masterpiece defied expectation and is set to be Gen Z’s break-up album of note,” O’Flynn writes.

“Lorde’s out-of-left-field dive from Pure Heroine’s indie treatment of youth culture to the navel-gazing agony of a personal loss, presented the perfect opportunity for the male critical pen to start scribbling vitriol. But in the minefield of music industry misogyny, Lorde is a hovercraft. She defied patriarchal prescriptions on the risks she should take, and in doing so, sailed right over them.

“Melodrama effortlessly captures the specific nuances of love in the Instagram generation. It gently lampoons our habit of performatively posting Insta stories, feverishly checking to see if that person has viewed it, because the only reason you posted it in the first place was to make them jealous, an updated version of the Chinese whispers between respective friend groups that have always attended break-ups.

“Lorde’s chosen subject matter on Melodrama defied the male ear. She was hailed as a prodigy for capturing what it means to be of Gen Z on Pure Heroine. Little did we realise she could repeat the same feat again, by refracting the Gen Z self through the prism of personal pain.

“Lorde’s lyricism occupies a stratosphere beyond the standard of pop, and her star continues to rise – as she herself prophesied, we’re all gonna watch her disappear into the sun.”

Lorde headlines We The West 2018 in Jakarta, Indonesia on 20 July.