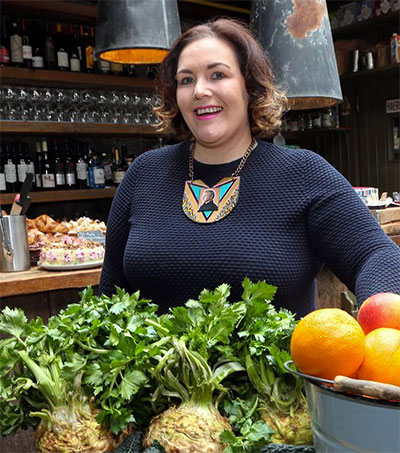 The past decade has been a bumper one for putting Galway on the culinary map, and there are three names you’ll hear credited again and again – sometimes even referred to as the Galway Food Mafia: JP McMahon, Enda McEvoy and New Zealander Jess Murphy, Ali Dunworth writes for The Irish Times.

There are others, too. Seamus Sheridan of Sheridans Cheesemongers landed in Galway in the late 1980s and unwittingly began to pave the way for a new world of food in the city.

Murphy is chef proprietor of the multi-award winning Kai restaurant in Galway, and a well-known face and voice on the Irish food scene, Dunworth reports.

Murphy says: “I had a dorky interest in milk and cheese and charcuterie seemed like something Willy Wonka-like to me.” She took a job in Sheridans cheese shop to soak up all she could about Irish food, and loved it.