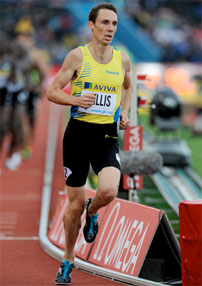 Hopes for Gold at Olympic Stadium

Like many of the more than 40 Olympians with Michigan ties who’ll compete during the next few weeks at the London Games, New Zealander Nick Willis — who represented the University of Michigan in 2003-05 and has lived in Ann Arbor the past 10 years — was inspired by the Olympics as a youngster. “When I was a little kid, New Zealand was struggling in track and field, the sport I came to love the most. But then an unexpected result happened: Lorraine Moller, when she was 37 years old, won the bronze medal in the marathon at the 1992 Olympics.” Twenty years later, Willis, 29, will don the black singlet for his third Summer Games on 3 August in the first round of the men’s 1500m at London Olympic Stadium. Willis was a gold medallist in the 1500m at the 2006 Commonwealth Games in Melbourne. He was born in Lower Hutt.