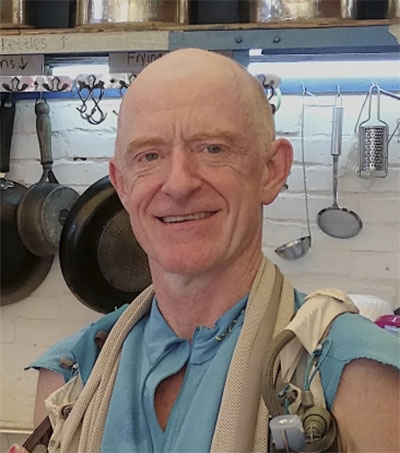 Making highly urbanised, bright young people feel uncomfortable outdoors is what 52-year-old New Zealand-born Anthony Somerset has done for the last three years, having taken over A Team EdVentures in 2015 after closing the door on a law career two years earlier.

His accent may be public school English, and he may speak Cantonese, but Somerset is a New Zealander who was raised in Kenya. “I speak Swahili, and yes, it was like that, servants and a big house,” he says. His father was an academic at Nairobi University, and now aged 87, is still teaching.

Somerset runs as well as teaches. Sprinting back and forth along trails, scrambling up and down rocks while snapping away with his camera, he runs laps around the students.

His fitness, honed by running on Hong Kong trails, led him to an 11th place age group finish in the 56km OCC category at the highly competitive Ultra-Trail du Mont Blanc (UTMB) mountain running race last year. It is a result he is rightly proud of, yet he bitterly regrets missing out on the top 10 – a goal for next year.

Somerset started his education at public school in Kenya. Then at 18, he had a short stay in New Zealand studying science. Eventually he settled on London to read law at the London School of Economics, and joined a law firm after graduation.

Years later, as a senior associate at the firm, a six-week work trip brought him to Hong Kong. “I arrived and thought – wow. When I returned to the UK I realised I did not want to be there. I never felt I belonged in the UK, anyway.”

His own students also have a blurry sense of belonging. During a break they discuss their global travels while switching between Mandarin, Cantonese and English. “I really like Scandinavian countries and Germany. I spend a lot of time in Germany,” says one boy, dishevelled and visibly exhausted, while gulping down water.

Somerset’s professional outdoor instructors run the show, but it is Somerset who talks to the kids. He accompanies the students on their walk back from Sai Wan to the bus, and his manner of talking to each one makes me believe that his interest in the young people’s lives, motivations and decisions about their future is genuine. It is also obvious that Somerset is hugely enjoying all this.

“Empathetic listening is very important,” he says. “Trying to understand the other person. This person may be very difficult, even unpleasant – try to understand why, what is their motivation for saying what they say and doing what they do? You need to see the world from their point of view. This is something that I have also been teaching my own sons.”