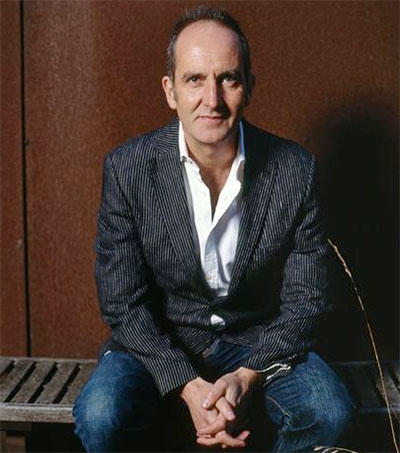 Presenter of popular UK television show Grand Designs Kevin McCloud has visited New Zealand four times because of his involvement in a competition to build a new residential quarter in Christchurch as part of the city’s earthquake recovery programme.

“I love the country,” McCloud says.

“The staggering thing about contemporary architecture in the UK is that it’s surprising anything ever gets built because we’re so anti-development. We have such a small island and it’s so crammed with people and we’re so attached to our countryside.”

He is particularly impressed with the “can-do” attitude of the New Zealanders he has met.

“New Zealand has a smaller population and a larger land mass with beautiful places and the opportunity to build,” McCloud says, adding he appreciates the fresh approach New Zealanders take to architecture.

McCloud is totally bemused by New Zealanders’ enthusiasm for Grand Designs, the series that has, for the past 15 years, followed Brits as they construct new homes or rejuvenate ancient ones.

“Quite bizarrely, it sells into, I think 145 countries but certainly I think it finds its most enthusiastic audience in Australia and New Zealand. I’d go as far to as to say it is more popular in New Zealand than it is in the UK.”

So popular, in fact, that we are soon to get our own version of the show with Grand Designs New Zealand set to screen this year.

McCloud has been actively involved in the local version and says he is a huge fan of its host, Chris Moller.

“Funnily enough, I’ve respected him for about 15 years as an architect so it’s enormously gratifying to me and really thrilling actually that it’s in such safe hands,” he says.