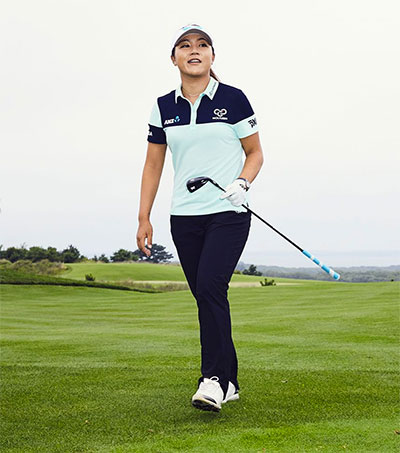 Ko thinks about what kind of career she’ll have, what she hopes to accomplish, what dreams she’ll chase in her 30s. She could see herself in psychology, a subject she’s been studying for two years. Or maybe criminology. She thinks she’d be good at solving mysteries. Interior design sounds appealing. Maybe even architecture. She looks giddy as she describes the empty canvas in front of her.

Almost none of her plans, 10 years from now, involve the game of golf.

It’s strange – at first – to hear Ko talk like this. We’re having dinner at The Bridge, one of the poshest country clubs in the Hamptons, during the LPGA offseason. She’s agreed to chat about what it’s like to be 20 years old and more accomplished than Tiger Woods was at the same age. But as she nibbles on a langostino appetizer, it becomes clear that Ko has already given plenty of thought to the end, even as it seems she’s barely finished the beginning. She wants to retire at 30. No chance you’ll see her grinding away, chasing another elusive major championship deep into her 40s as Woods or her idol, Phil Mickelson, is doing now.

To understand why it matters that the best female golfer of her generation is suddenly searching for her game at age 20, it’s important to understand just how well she started. No one in the history of the sport accomplished more as a teenager than Ko. Not Woods, not Jack Nicklaus, not Annika Sorenstam. She wasn’t just a prodigy; it seemed she would rewrite the entire landscape of the LPGA. In 2012, at age 15, she became the youngest-ever winner on the LPGA Tour at the CN Canadian Women’s Open, an event she’d win twice before turning pro.

“She had that X-factor,” says David Leadbetter, Ko’s swing coach for the first three years of her professional career. “You couldn’t really put your finger on what it was, whether it was temperament or work ethic or the skill level around the greens, but she had it. I still maintain there is nobody who has had a start to their career like Lydia has had. Even Tiger.”

There is a motivational quote from Young-Pyo Lee, a retired Korean soccer player, that Ko keeps returning to when she’s feeling low: What you’re practicing now, it’s not for your next event. It’s not for three weeks from now or for later in the season. What you’re practicing now is going to be for five years from now. You can’t get carried away if something is not working.

To believe in that philosophy is to believe that when she’s 25 Ko will be right where she needs to be – and will have five years left to play transcendent golf before she turns 30 and it’s again time to put her trust in the people around her, those who know her best, while mapping out her future.