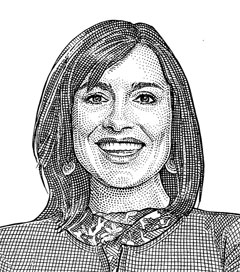 Get out of Your Routine, Says Fitness Exec

Sarah Robb O’Hagan, president of American luxury fitness company Equinox Fitness, is one of six luminaries invited by the Wall Street Journal to weigh in on the question of power. The New Zealander is included alongside Sonic Youth founding member Kim Gordon, novelist George RR Martin and broadcaster Ryan Seacrest.

Robb O’Hagan says: “Power is an individual concept. For me, it lies in the mind of the beholder. When you are at the top of an organization, or in a leadership position, it can be counterintuitive to ask for help. You think everyone expects you to have all the answers. But if you open up and acknowledge your limitations, you bring others into your circle. They want you to win because they’ve helped you. That in and of itself gives you power and confidence because they are invested in you.

“For our company, what we do is a metaphor for how we think about charging forward businesswise. It’s just like on the gym floor – having a willingness to try a different exercise you haven’t done before. Get out of your routine, do something you are not comfortable with. Sometimes breaking yourself to make yourself is important. You have to take those steps to get to the next level.”

Robb O’Hagan took up the Equinox role in 2012. She is the former president of Gatorade and global sports nutrition at PepsiCo.