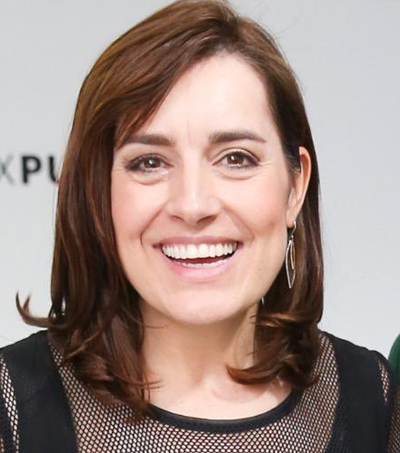 “While by most metrics she’s now a success, Sarah Robb O’Hagan, who has held top jobs at Nike, Gatorade, and Equinox Fitness Clubs, doesn’t shy away from talking about her failures,” writes Jacob Passy in an article for MarketWatch.

“From the time when she nearly lost out on her dream job at Air New Zealand, out of college to taking the reins at Gatorade, Robb O’Hagan details how she found success by embracing what makes her special in her new book, “Extreme You: Step Up. Stand Out. Kick Ass. Repeat,” writes Passy.

“The 44-year-old New Zealand transplant, who is now chief executive of New York-based fitness company Flywheel Sports, which specializes in spin and barre classes, spoke with MarketWatch about her book, her career and her vision of the future of fitness.”

“I found myself constantly out there being positioned as this person who had great success, and I would constantly feel awkward about it. So I wondered why aren’t we telling the truth about the things that happened on the way to that success? That’s where the first idea came from. We’re setting this example, particularly for young people, making it look like it’s perfect almost the whole way along,” O’Hagan explained when asked why she wrote Extreme You.

“No matter who you are, you have so much untapped potential within you. It’s up to you to focus on developing and growing yourself, as opposed to sticking your eyes on a goal and thinking the goal is the win. The self-esteem movement really tried to say that everyone’s a winner and everyone gets a trophy for showing up. But not everyone’s a winner — you actually have to work really hard to win at your own game. If you go for it, there’s a lot of opportunity there.”

In her book O’Hagan included many examples of times when she didn’t find success.

“I looked back to my own memories of my childhood, I just remember feeling like a loser a lot, and I felt I needed to talk about that because I’m sure there are other people who have had that experience, too. Your past performance should not be a predictor of your future success,” she said.

When asked why she also focused on points in her career when she was fired she explained that there was a stigma around being fired.

“I felt it for sure — when you go through it, you feel like you have a giant F stamped on your forehead. But one of the reasons why I wanted to talk about it is it happens to so many people. And no one talks about it,” she said.

More recently, O’Hagan went “from being the global president of Gatorade and president of Equinox Holdings to CEO of Flywheel Sports.” On the question why she chose to take the risk to move to a smaller company, she said:

“I did well at Gatorade. But that’s a $5 billion company and with it comes incredible complexity… I tend to want flexibility and nimbleness. Hence, landing in a more entrepreneurial environment like the one I’m in now is something I’ve always had a yearning for. In the end, you have to just make it work for you.”

O’Hagan worked in a wide array of industries – something she says she learnt a lot from. Working in different industries was “really helpful.”

“When you start your career in one place and you decide a couple years in that this isn’t what you like, that will still help you. That first place you started will always come in handy over time, you just don’t realize it.”