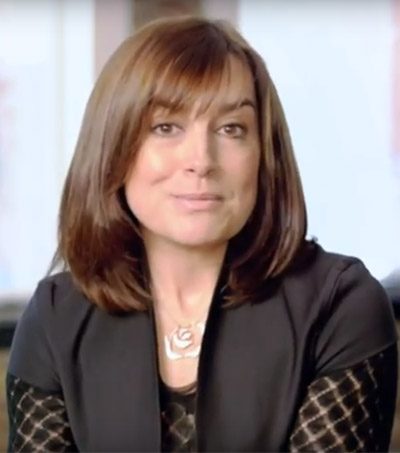 Sarah Robb O’Hagan, the former president of Equinox Holdings has been “named chief executive of Flywheel Sports, the indoor cycling startup that launched in 2010 and has since grown to 41 studios,” reports  Christopher Zara for Fast Company.

“The move puts the 44-year-old Robb O’Hagan at the helm of one of the rising stars of boutique fitness, a segment that has been capturing an ever-larger share of the $25.8 billion U.S. health club industry.”

Robb O’Hagan has been “intensely busy over the last year writing her book, Extreme You: Step Up. Stand Out. Kick Ass. Repeat, and working on its companion web platform, ExtremeYOU.com.” “When your entire career is based around achieving your potential and pushing yourself to the limit until it hurts, you kind of have to seize the opportunities when they come—even if the timing doesn’t always fit into your plans,” writes Zara.

“In spinning circles, news of Robb O’Hagan’s appointment to CEO is likely to raise a few eyebrows.” Equinox is the parent company of indoor cycling brand SoulCycle. “Flywheel is not only one of SoulCycle’s chief competitors, it was also cofounded by Ruth Zukerman, one of SoulCycle’s original founders,” writes Zara.

“Robb O’Hagan isn’t sweating the baggage.” She says that she wasn’t involved in SoulCycle’s day-to-day operations, but that her “experience at Equinox gave her insight and an understanding into the fitness industry as a whole, and where boutique fitness fits into it.”

“There are a lot of consumer trends that are helping to frame up a real moment for this industry. It’s just at the beginning of what it has the potential to be,” she said.

Following his phone interview with Robb O’Hagan, Zara said: “I especially appreciated her thoughts on how she pushes people to get the most out of their own potential, which gets back to the shortcomings of the aforementioned self-esteem movement. In hindsight, maybe it’s not such a good idea to give everyone a gold star just for competing.”

Robb O’Hagan “describes “the ExtremeYOU brand as a high-energy antidote to the easy-breezy ethos of the self-esteem movement, which for the last two decades has been conditioning people to believe that ‘you get a trophy just for showing up,’ as she puts it.”

“When you take that self-esteem movement to its necessary end, you end up suppressing people’s potential because you haven’t taught them how to take risks,” said Robb O’Hagan.

“You haven’t taught them to deal with failure and have the resilience to push through.”

Sarah Robb O’Hagan was born in New Zealand and is based in New York City. She was global president of Gatorade and has held leadership positions at both Nike and Virgin Atlantic Airways.