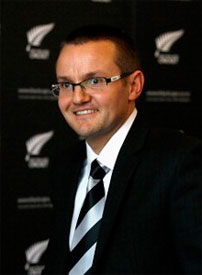 Mike Hesson has been appointed head coach of the Blackcaps until the end of the 2015 World Cup. Hesson replaces John Wright. Hesson coached New Zealand A sides from 2008-11 and was head coach of provincial side Otago Volts from 2005. “He will bring a freshness and new energy to the side and we know he is more than capable of developing and growing the team as we work towards the ICC Cricket World Cup 2015,” New Zealand Cricket (NZC) director of cricket John Buchanan said.