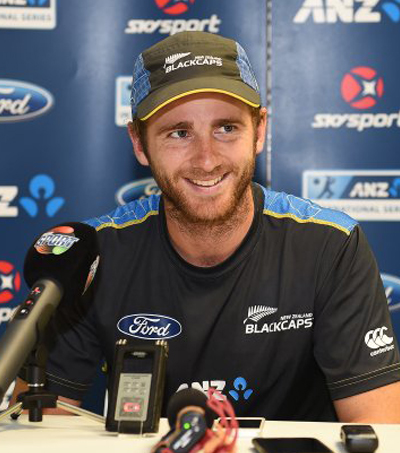 Kane Williamson has been chosen to skipper the New Zealand team in all three formats.

“Kane has been a leader within the team for a long time now and already shown himself to be an extremely capable captain,” said David White, NZC CEO.

“He’s respected by his peers and the wider cricket community for his professional approach both on and off the field, and has a superb cricket brain. His drive to see the team succeed and his passion for the game are what you look for in a leader. He’s ready for the role and will only continue to grow.”

“It’s certainly an honour. I’ve really enjoyed my time spent as captain and believe this team can achieve a lot,” said Williamson, who is currently in India playing in the IPL.

“I’m lucky to have a number of experienced players around me for support and will certainly look to utilise this. We’re all striving for the same thing and that’s to represent New Zealand with pride and win cricket games.”

The 25-year-old cricketer emphasized how much he learnt from predecessor Brendon McCullum.

“The culture that he and Mike have cultivated has been a huge part of this team’s success in recent times. We not only have good players, but good people too and that certainly makes any captain’s job easier.”

Kane Williamson has been a BLACKCAPS member since 2010. He already led the side in 36 short-form games and received praise for his captaincy during the recent ICC World Twenty20 in India.

The BLACKCAPS will tour Africa in July-August with two tests in both Zimbabwe and South Africa.