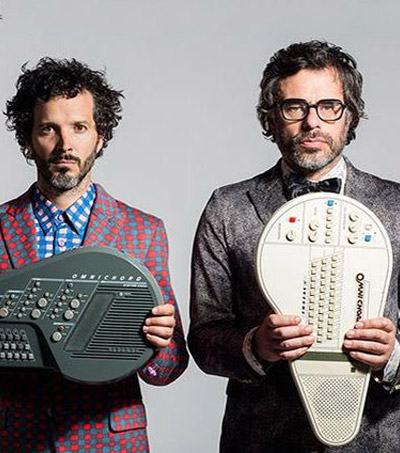 New Zealand’s comedy duo Flight Of The Conchords has been labelled one of the best comedy bands in history in an article in Tonedeaf.

“Although they’re now best known for their eponymous HBO comedy series – not to mention inducting Crowded House into the ARIA Hall of Fame – Flight of the Conchords started out as a buzz band on the comedy festival circuit, billing themselves as New Zealand’s fourth most popular guitar-based digi-bongo acapella-rap-funk-comedy folk duo.”

To read more about all comedy bands included in the article click here.

Tags: Flight of the Conchords  Tonedeaf