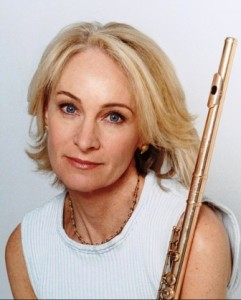 The New Zealand-born and Auckland and Yale University graduate has enjoyed a musical career of remarkable breadth and achievement, balancing the roles of chamber musician, festival director, soloist, teacher, and supporter of musical institutions. She has performed throughout the world in such halls as London’s Royal Albert Hall and Wigmore Hall, the Sydney Opera House, Casals Hall in Tokyo, and other venues in Paris, New Zealand, and Australia.

She was awarded the Distinguished Alumni Award from the University of Auckland in 2005, and has given master classes at leading conservatories and music departments throughout the U.S. and New Zealand. She has served on the Boards of Young Concert Artists and the Miller Institute at St. Luke’s-Roosevelt Hospital, and frequently serves as a jurist in leading international competitions.