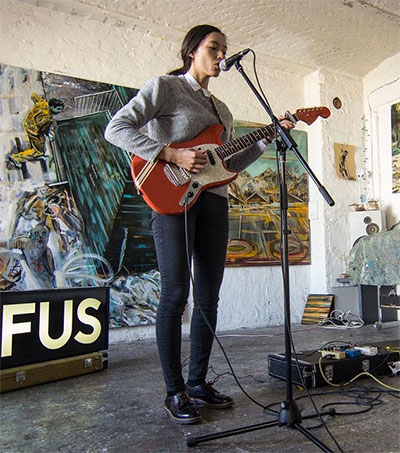 Murray was raised in Wellington and attended the University of Auckland, where she began releasing her lackadaisical, echo-bathed pop songs under the name Fazerdaze in October 2014, with her eponymous debut six song extended play.

It’s a significant first outing for the young New Zealander with layers of softly crunching guitars swirling over consistently driving drum machines and sparse electronica, according to Linazasoro.

Mojo said: “A fuzzed-up Pixies-worthy melodic high.” Paste Magazine went into more depth by stating: “This bedroom project shakes with a gentle reverb and the snapping beats and upbeat percussion she programs using a drum machine. What connects Murray to her peers in Look Blue Go Purple are the similarly earnest lyrics, psychedelic dreaminess and low key production quality made modern with synths and other electronic touches.”

Now touring internationally and playing the festival circuit, the band’s profile has grown significantly since their formation.

Fazerdaze’s 10-track debut LP, Morningside, was released on the legendary pop label Flying Nun in May this year.