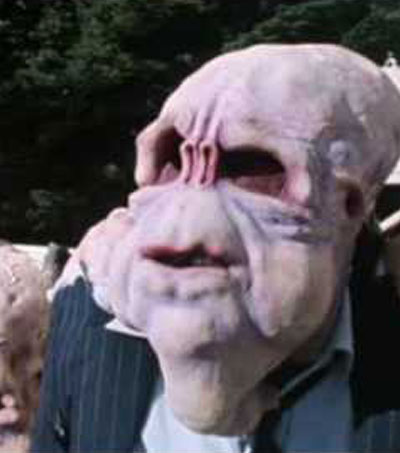 “It’s funny how few of the average theater-goers for Peter Jackson epics, whether it’s The Lord of the Rings, The Hobbit or the upcoming Mortal Engines, realize just how debauched the director’s early career was,” writes Jim Vorel in an article in Paste Magazine.

“If you’ve ever seen Bad Taste or especially Braindead (Dead Alive) then you know what we’re talking about. In his early days, Jackson delighted in some of the most over-the-top, insanely bloody horror comedies ever made. And now, decades later, he’s turning his eye back toward what he refers to as his ‘naughty years,’” writes Vorel.

“Making use of the same technology he just used to digitally restore century old footage of World War I for the documentary They Shall Not Grow Old, Jackson is planning on returning to his first four films,” as reported in the article.

“I’ve decided to go back and do this to my old films — the first four I made, which I own but never rereleased. I’ve done some tests on Braindead, where we took the 16mm negative and put it through our World War I restoration pipeline — and shit, it looks fantastic,” said Jackson when speaking to The Hollywood Reporter.

Other films being restored would include Jackson’s debut Bad Taste, his crazed puppet movie Meet the Feebles, and Heavenly Creatures.

“I’m pretty keen to actually just get them back out there again,” he said. “That’s sort of my plan for now: to do a nice little box set — the early years! The naughty years! The mixes on those films were pretty much all stereo in those days, so we’re going to get the old soundtracks out and do a 5.1 mix.”