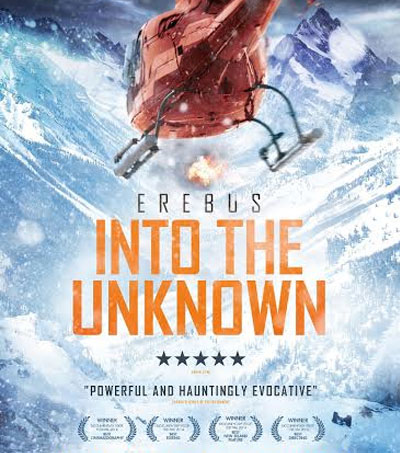 Erebus – Into the Unknown

History has always proved a success topic for film, acting as a means of celebration of those lost and those who have made a difference. The new documentary-film Erebus: Into the Unknown does both of these things as it explores the aftermath of the 1979 Air New Zealand Erebus disaster in Antarctica.

The documentary-film, which is set for limited release on 9 January before it released on DVD on 12 January, focuses on the eleven ordinary police who were pluck from their regular jobs to recover the 257 victims of the crash, while an investigation team simultaneous tried to uncover mystery of how a plane could fly into the formidable Mount Erebus in broad daylight. It’s a film about one of New Zealand’s darkest days, but also a story about one officer’s determination that justice and truth should prevail in the name of those who had lost their lives.

The mix of film and person-to-camera interviews with archive footage from the time of the crash create a unique movie experience and lead to the movie winning numerous awards on its road to public release, at the Documentary Edge Film Festival, including best editing, best directing and best cinematography.