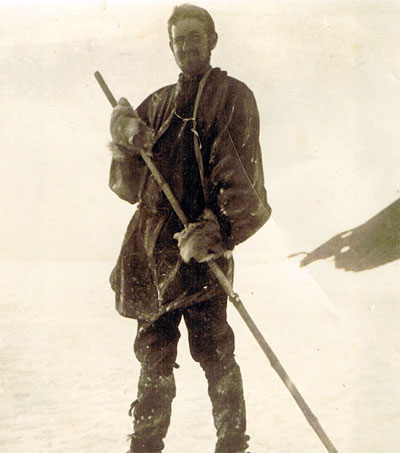 Early explorer New Zealander Clarence Hare, who survived being lost in Antarctica long before retiring to Queensland’s Sunshine Coast, has had his famous diary published for the first time, 55 years after his death, Meg Bolton and Tessa Mapstone report for the ABC.

Invercargill-born Hare was the youngest crew member on the first official British exploration of the Antarctic regions onboard the ship Discovery in 1901, led by Captain Robert Scott, Ernest Shackleton and Edward Wilson.

He immortalised his adventure in a meticulously detailed diary, which he donated to the Alexander Turnbull Library in Wellington in the 1960s, Bolton and Mapstone write.

Hare’s granddaughter Virginia Bassett said his personal diary shared an insight into the lengths the crew went to for research, which claimed multiple lives onboard.

“They went out and collected penguins and brought whole penguins back, seals, shells, whatever they could find that would be samples to take back to England,” Bassett said.