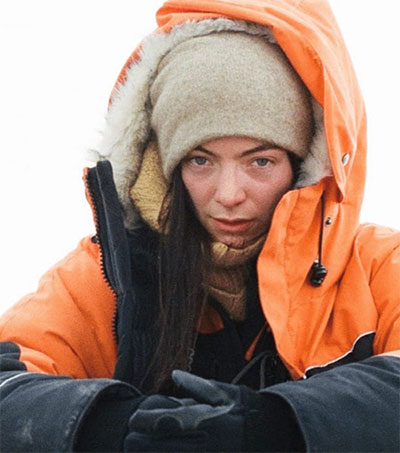 New Zealand-born singer Lorde, 24, has teased fans with more information about a new album while announcing her book, Going South, inspired by her 2019 trip to Antarctica. The Independent’s Isobel Lewis reports.

The “Green Light” singer has described the book as a “perfect precursor” to her highly anticipated third album, Lewis writes for the UK newspaper.

“When I went to Antarctica, I hadn’t yet started writing again after finishing [second album] Melodrama,” Lorde wrote in a recent email newsletter. “I realised after the trip that what my brain had been craving was a visit to an alternate realm.”

Lorde started recording the untitled new album in December with writer Jack Antonoff. It will follow on from her 2013 debut Pure Heroine and 2017’s Melodrama.

Photo by Harriet Were.