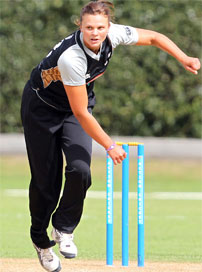 Allrounder Suzie Bates, 24, has been appointed captain of the White Ferns succeeding Aimee Watkins, who retired in July. “I knew there was a chance of leading this team but there are obviously other players who had the skills to do it,” Dunedin-born Bates told the New Zealand Herald. “So I’m pretty excited to have been given the opportunity.” Bates also plays for the Tall Ferns, which may qualify for the 2012 London Olympics. Bates said that after being made captain of the cricket side, it was clear which sport was going to take precedence for now.