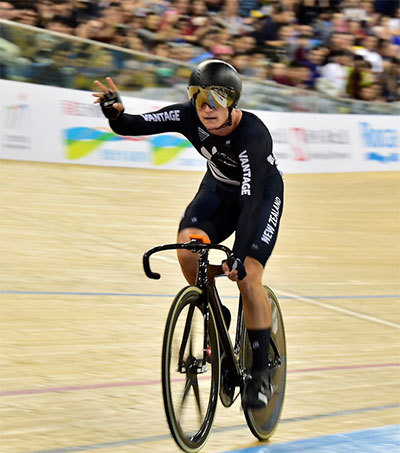 New Zealand the Small Country that Keeps on Top

For a country with a population under five million, its prowess on the sporting stage has always appeared to be disproportionate, James Master writes for CNN. Olympic champions in rowing, sailing, canoeing, home of the America’s Cup-winning Team New Zealand, and a force in rugby and track cycling, New Zealand’s success in sports is not an accident but a byproduct of its society.

Though there are a range of factors responsible, both size and geography have played a key role in New Zealand’s sporting success, according to professor of sociology of sport at the University of Auckland, Toni Bruce.

Bruce, who has been researching the meaning of the Rugby World Cup to New Zealanders, believes the country’s relationship with Britain, its geographical location and early success in sport have all contributed to its modern-day success.

“I think the question really comes down to who we think we are as New Zealanders,” Bruce told CNN.

“Also, we’re a long way from everywhere. Access to resources was really expensive and so there’s a set of values I think we take for granted which are actually quite advantageous in sport. So things like adaptability, resourcefulness, there’s a really strong sense of egalitarianism.”

Bruce cites New Zealand’s successful 1905 rugby tour to Britain where the All Blacks won 34 of its 35 games as the moment where the mindset within the country began to shift.

That tour, and Britain’s decision to grant New Zealand “Dominion Status” two years later, were both pivotal in convincing New Zealanders of their place in the world, Bruce says.

“Success started early,” Bruce said. “People talk about the 1905 rugby tour to Britain and that was a really successful tour. That kind of cemented rugby’s place as maybe one of those areas of cultural highs that we should give attention to.”

The success New Zealand has enjoyed in sport has spawned a culture that encourages it to be played as far and widely as possible.

Weekends are also crucial in nurturing a love of sport, according to the head of New Zealand Cricket’s national youth coaching programme, Richard Pithey.

He says that most children join a club and play at least one summer and one winter sport.

New Zealand will hope for more heroes next year when the sporting world once again focuses on Japan and the 2020 Tokyo Olympics.

According to Kereyn Smith, chief executive of the New Zealand Olympic Committee, the team in Tokyo will have more athletes than ever before with over 200 expected to compete.

“I think that’s part of living in a culture of knowing who you are, you’re small, you’re at the bottom of the world, and you’re trying to always climb high mountains,” Smith said.