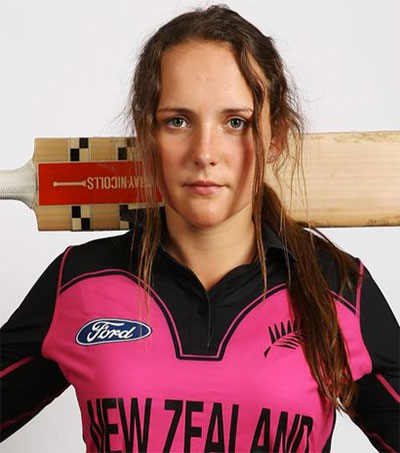 Wellington-born Amelia Kerr, 17, has struck the highest individual score in Women’s ODIs with an unbeaten 232 against Ireland in the third ODI in Dublin.

The Tawa College student hit 31 fours and two sixes in her 145-ball innings to top the 229 not out Australia’s Belinda Clark amassed against Denmark in Mumbai in 1997 – almost three years before Kerr was born.

Kerr, whose 295-run stand with Leigh Kasperek (113) for the second wicket helped the White Ferns to 440-3, then claimed 5-17 with her leg-spin as New Zealand skittled Ireland for 135 to seal a 3-0 series whitewash.

Kerr’s 232 is the third-best in all ODI cricket, after Rohit Sharma’s 264 for India against Sri Lanka in 2014 and fellow New Zealander Martin Guptill’s 237no against Windies during the 2015 World Cup.

The teenager’s record-breaking innings came less than a week after her unbeaten 81 helped New Zealand to 490-4, the highest team score in all ODI cricket, in the first ODI against Ireland.

White Ferns coach Haidee Tiffen said she knew Kerr had a performance like this in her, but she never expected it so soon.

“Amelia burst onto the scene as youngster in the domestic competition and caught everyone’s eye, to be honest,” Tiffen told TVNZ’s Seven Sharp.

“We’re not surprised she’s produced a performance like this – probably not as young, I didn’t think it would happen as young to be honest – but we’re really proud.”

Kerr signed for Kia Super League side Southern Vipers in May.