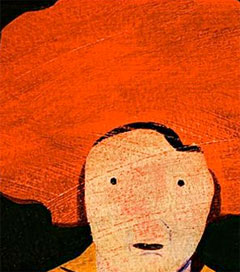 Janet Frame’s The Mijo Tree, a previously unpublished novella first drafted in 1957, follows the pattern of her other stories, with their “anthropomorphism and their small, clear fairytale phrasing,” which gradually “reveal their powerful musculature and darker currents.”

The Mijo Tree, “traces the story of a proud seed who ignores her mother’s warnings and determines to live ‘a life of ease and power’”, the Australian’s Felicity Plunkett writes in a review of this book and Frame’s collection of stories, Between My Father and the King.

“Moving from her birthplace to live on a hilltop overlooking the sea, the mijo seed begins to experience life and love.

“Between the theft of [a] young wind’s breath and the violence experienced by the mijo seed, Frame’s own youth is figuratively evoked.

“Gorse is Not People is one of the [Between My Father and the King]’s darkest and most powerful stories. Published in 2008 in the New Yorker, it was rejected in 1954 by an editor who considered it ‘too painful to print’.”

Tags: Australian (The)  Between My Father and the King  Gorse is Not People  Janet Frame  New Yorker (The)  The Mijo Tree