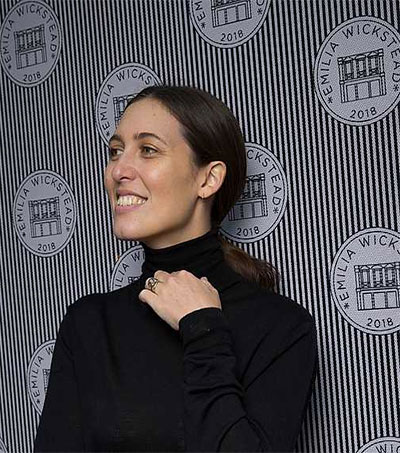 With a working history that spans from the heady heights of Manhattan to Milan’s Navigli Canal, Auckland-born designer Emilia Wickstead is no stranger to fashion capitals. In a Telegraph interview, the outfitter to the Duchess of Cambridge shares her advice on anti-crinkle plane-friendly dressing, where to spot the best mid-century architecture, and lets readers in on her favourite, unexpected shopping stop-off.

Wickstead – who regularly escapes London for her mother’s farmhouse in Piedmont, Italy – says Paris is “without question” the most stylish city in the world.

“The salons, ateliers, in-house catwalks and old-world glamour were a huge source of inspiration when launching my own brand,” Wickstead says. “I can’t visit Paris without peaking my head into the old Pierre Cardin boutique on Rue du Faubourg Saint-Honoré and Maxim’s restaurant, whose Art Nouveau interior has hardly changed since it opened.”

When travelling abroad, Wickstead reserves a table at The Estate House restaurant on Jumby Bay Island in Antigua.

“The food’s delicious, the staff – dressed in Emilia Wickstead creations, no less – are well turned out, and the interiors are impeccable. I always try to visit Hugo’s [Bistro] when I’m in Auckland and Chiltern Firehouse is one of my regulars in London.”

The Telegraph’s Robbie Hodges asks Wickstead about her “most sentimental destination”.

“I lived in New Zealand until I was 14. Every summer my friend and I would escape to her family’s bach on Piha beach and camp out under the stars. It’s where The Piano was filmed.”