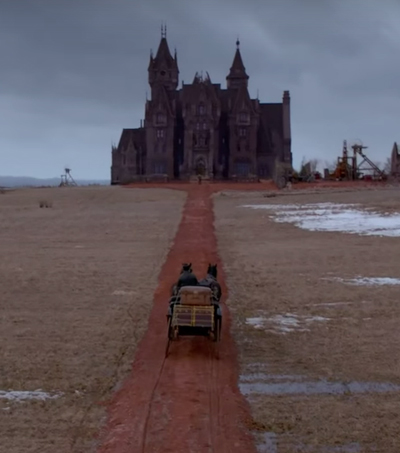 Guillermo Del Toro’s newest movie Crimson Peak reportedly is inspired by nights he spent in haunted hotels – one of them a New Zealand hotel, where he stayed while scouting locations for The Hobbit films.

When he heard that the Waitomo Caves Hotel was haunted, he asked the grand Victorian-style hotel to open for him as it had been closed during off-peak season, as reported in The New Zealand Herald.

“I heard a murder at 1am, a woman screaming horribly. And then I saw a man sobbing with regret. It was off season and we were only eight people staying in the hotel and I was the only one in that wing. I was super scared”, said Del Toro.

“There is the moment where you hear a murder in the bathtub,” said del Toro.

“It comes directly from that moment in New Zealand.”

His new movie Crimson Peak is set in the late 1900s and is filled with the typical horror tropes – door handles turning, figures dissipating into black smoke and bloody hands rising through creaky floorboards.

“But because it is visually gorgeous (…) Crimson Peak is also utterly, unexpectedly macabre”, according to the article in the South China Morning Post.