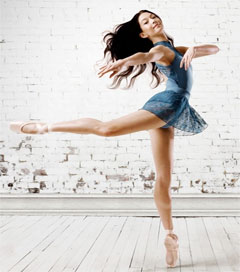 16 December 2013 – Twenty-year-old Auckland dancer Hannah O’Neill, who has a lifetime contract with the world’s pre-eminent academy, the Ballet de l’Opéra National de Paris, told the New Zealand Herald recently that despite having spent only seven years of her life living in New Zealand, she proudly calls herself a Kiwi.

“I am a Kiwi deep down from the heart,” O’Neill said from her Paris apartment, after a gruelling 14-hour day of rehearsals and a performance of The Sleeping Beauty.

“To be able to say I am a New Zealander here in Paris and living my dream and making it come true I am very, very flattered.”

O’Neill is one of 10 under-30-year-old finalists in the running for the New Zealand Herald’s New Zealander of the Year title.

Born in Japan to a New Zealand father, Chris, and Japanese mother, Sumie, O’Neill moved to New Zealand when she was 8. She attended Parnell District School and Epsom Girls’ Grammar before her talent took her across the Tasman to the Australian Ballet School in Melbourne as a 15-year-old.

“I am pretty sure I will be staying [in France] for the next 22 years. The retirement age is 42 here … but it’s just the start for me. My aim is to be an étoile (principal ballerina) at the Paris Opera.”