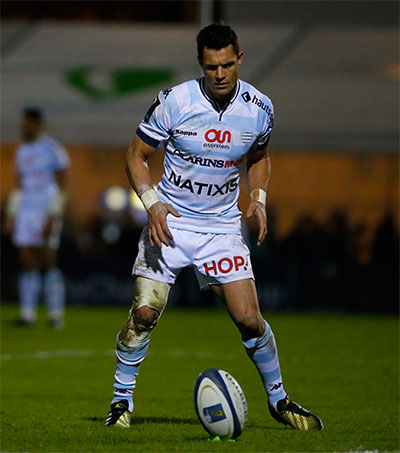 Dan Carter has rebuilt himself again, helping French club Racing 92 to the Champions Cup final on 14 May and proving the pain of rehab is worth enduring for continued success, the Observer’s Eddie Butler writes.

“Carter probably had to weigh up a few things in his mind in the months of inactivity before the 2015 World Cup,” Butler continues. “He was already the wrong side of 30, had a history of injury – the groin strain that had kept him out of the closing stages of the 2011 tournament seemed to have spread to many more parts of his body – and the All Blacks seemed to be doing pretty well without him. Aaron Cruden and Beauden Barrett were developing a healthy competition for the vacant No10 shirt. The world champions were moving on after the fractured age of Carter.

“He decided to give it another go – to put himself through rehab and rebuilding his credentials on the field. Why would he ever want to do that? To enjoy the exercise of control in the middle of a field, where 15 opponents would do him serious and legitimate harm if ever they could grab him. To be the defining character in front of scores of thousands in his theatre and multimillions watching on television. To be king again.

“Carter is a couple of inches off six foot, and weighs in well below 15st. He is officially vulnerable. But off he went again. Paris here he was coming. To the slightly erratic Racing but here they are, in the Champions Cup final no less, facing Saracens in Lyon. And their star turn is to relive the thrill all over again.

“Not everyone can be as good as Carter. Or even half as good but as the storm blows about how not to abuse the bodies and minds of players, there will always be his example. It will hurt along the way but it’s worth it. To rule the game – just to play a little part in a successful team – is why people are drawn towards danger. To be Dan Carter, now there’s a dream …”

Original article by: Eddie Butler, The Observer, May 7, 2016