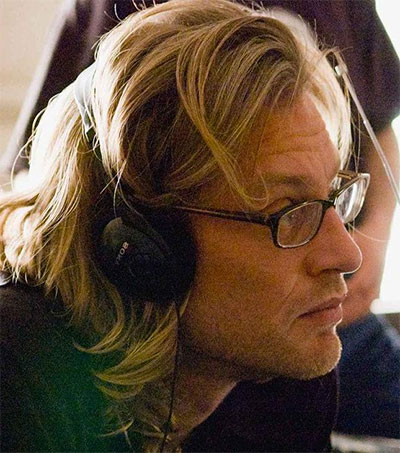 “In his 2016 film One More Time With Feeling, [Wellington-born director Andrew] Dominik documented the creative process behind the Nick Cave and the Bad Seeds album Skeleton Tree, a record forged in the wake of a terrible family tragedy. Now, Dominik turns his attention to a new chapter in Cave and [Warren] Ellis’s musical saga, as they prepare songs from the albums Ghosteen and Carnage before a 2021 tour,” Mark Kermode writes for The Observer.

“Shot without an audience, in cavernous, church-like venues in Brighton and London where white lights illuminate pools of darkness visible, the performances are utterly engrossing, captured on hypnotically spiralling cameras. The atmosphere is stripped down and austere, allowing the songs to speak for themselves as they transport us from this world to the next,” Kermode writes.

Dominik’s next project, biographical drama, Blonde, a film based on the Joyce Carol Oates novel of the same name about actress Marilyn Monroe, is scheduled to be released by Netflix later this year.

Original article by Mark Kermode, The Observer, May 8, 2022.

Tags: Andrew Dominik  Observer (The)  One More Time With Feeling