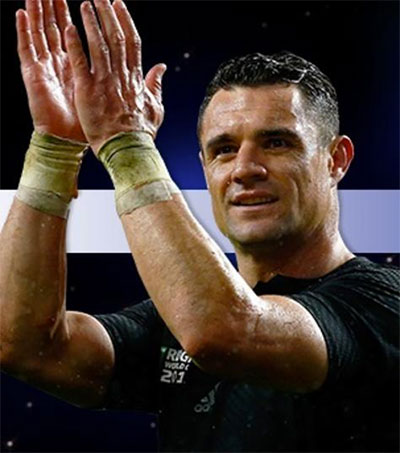 The Paris Racing 92 fly-half was crowned World Rugby player of the year after helping New Zealand retain the World Cup in October.

“I’m thrilled to have been voted BBC Overseas Sports Personality of the Year by the UK public,” Carter, 33, said.

“It’s been an incredible year for me on British soil and the support has been phenomenal.

“It was an incredibly competitive shortlist and I’m honoured to have been recognised alongside these great sportsmen and women from around the world.”

Carter is the highest points scorer in Test match rugby and is considered by some experts the greatest ever first-five eighth in the history of the game.

He has won the IRB Player of the Year three times.