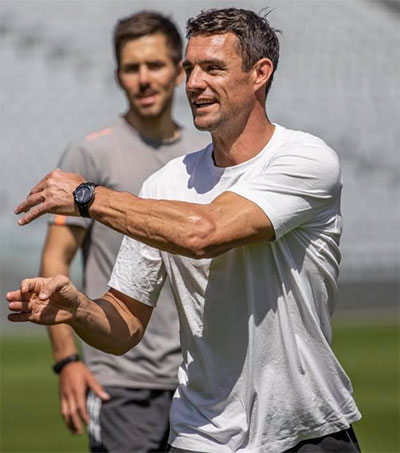 “News of Dan Carter’s retirement [from professional rugby] sends me back to that match, the second Test against the British and Irish Lions at Wellington in 2005, the greatest he ever played. Watching it back now, it’s surprising to be reminded how well that maligned Lions side played,” Andy Bull writes for The Guardian. “In the end, Carter played so well none of it made the blindest bit of difference.”

“Carter passed like a scrum-half, hit like a flanker; sprinted, stepped and finished like a winger in attack; caught, kicked and tackled like a full-back in defence. You get fly-halves who kick, fly-halves who run, fly-halves who pass, you get some who kick goals, some who score tries, some who set them up, some who start attacks and some who end them. Carter did all of it. The great fly-halves are all good in different ways, Carter was good in every way,” Bull writes.

Carter played for the Crusaders and the All Blacks. He is the highest point scorer in test match rugby with 1598, and is considered by many experts as the greatest ever first five-eighth in the history of the game.