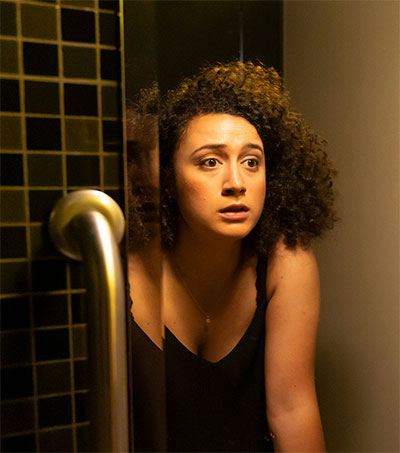 Comedian Rose Matafeo’s 2021 is Shaping Up

With an acclaimed romcom, one-off HBO special and a new sitcom out this year, 2021 is looking good for New Zealand-born rising comic, Rose Matafeo, who is based in the UK.

If 2020 was a bad year for Matafeo, then it balances out the several very good ones that came before, Fenwick writes for the magazine, including as a winner of the Edinburgh Fringe Award in 2018 for her comedy show Horndog. Baby Done marks her first leading role in a feature film, which was recently released on digital platforms across the UK.

While Matafeo lives in London, she relished the chance to work over a summer back in Auckland. “Every time I go back to New Zealand I live with my Nan,” she says. “I don’t know if she fully understood how much you are catered for on set, so she’d send me to work with, pavlovas, lemon drizzle cakes and smoked snapper. She’s actually thanked in the credits.”

She’s currently locked down with the rest of the UK, flatting with two comedian friends. Their industry may be at a standstill, but Matafeo’s face will be on your screen for a while yet. Following Baby Done’s digital release, Horndog will be airing on BBC Three in March. After that, look out for her live-action Jimmy Neutron sequel in a few years’ time.