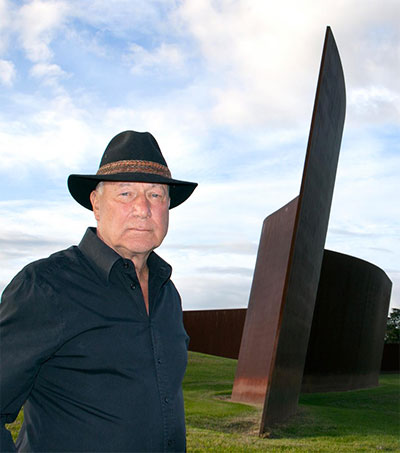 The art world has opened up to welcome new collectors and dealers defined by their zeal, Monocle reports in a profile story, which includes New Zealand-born Alan Gibbs, entrepreneur and founder of Gibbs Farm a sculpture park one hour’s drive north of Auckland.

Gibbs is one of a number of art lovers who are opening up their homes to the public and commissioning pieces not as investments to be stored in soulless warehouses but as valuable works to be enjoyed by a wider public. Could it be, then, that in an age when consumption is becoming ever more characterised by transience, works of art that are owned for a lifetime have today become more valuable, if not actually worth more in monetary terms?

By the time Gibbs had purchased the plot in 1991, he already had three decades of art-collecting under his belt. “I wasn’t intending to collect sculptures back then; it just happened.” Within two years Gibbs had two sculptures on this remote piece of land bordering the Kaipara Harbour; today there are 27. Each was commissioned specifically for the site by Gibbs and built into the rugged and varied landscape. Most of the sculptures take about five years to complete and will be part of the countryside for decades to come. Gibbs’s involvement in the process makes him a truly unusual and exceptional collector.

The park’s first sculpture was Chris Booth’s “Kaipara Strata”, commissioned in 1991. The New Zealand-based artist spent a week in Gibbs’s barn on the farm, exploring the land until he came across the sandstone formations exposed by the low tide that ultimately inspired his piece of art: a tower of crystalline sandstone slabs and river boulders sourced from the property. In response to the expansive, rolling landscape, artists tend to create their largest pieces of work to date, which in turn lets Gibbs flex his engineering muscles. American Richard Serra’s “Te Tuhirangi Contour”, for example, weighs 600 tonnes and took five years to construct and install.

The park is open to visitors once a month. On all other days, however, it’s the home of the Gibbs family and the realisation of one entrepreneur’s dream. Gibbs is a living example of how collectors can become artistic collaborators, their collections becoming works of art in themselves. In this way, the act of collecting fulfils a visceral need to be creative – as Gibbs himself puts it: “I’m creating the world’s biggest artwork by collecting other art.”