NZEDGE  >  News  >  Arts  >  Catton Reflects on Books That Have Shaped Hers 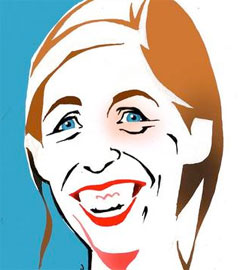 Catton Reflects on Books That Have Shaped Hers

Award-winning author New Zealander Eleanor Catton, 28, whose novel The Luminaries won this year’s Man Booker Prize and this month, Canada’s Governor General’s Literary Award, reflects on the influences that have shaped her as a writer.

“I have written ever since I knew mechanically how to do it. My mum was a children’s librarian, so I spent a lot of time in the library,” Catton explains. The most influential [author] was Avi, who wrote my favourite book of all time, The True Confessions of Charlotte Doyle, and Anne of Green Gables was a big book for me.”

The Globe and Mail asks: “Which perhaps unexpected book(s) share a commonality your new one? What would you think of as its distant cousins?”

“The book that I see the most in it, kind of surprisingly to me, is The Brothers Karamazov. That book begins quite slowly and then maps out all the characters in the household,” Catton says.

“When you are in a period of writing, do you change your reading habits for fear of being unintentionally influenced?” the Globe asks.

“No, because it’s conscious: I’m always trying to learn something. When I was writing The Luminaries, I read a lot of crime novels, because I wanted to figure out which ones made me go, Ah! I didn’t know that was coming!”