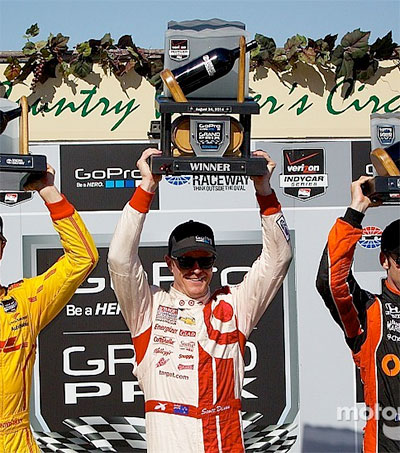 Dixon, who started third in the No. 9 Target Chip Ganassi Racing car, beat Ryan Hunter-Reay to the finish line by 1.1359 seconds.

Dixon caught Mike Conway on the uphill turn 2. “I think I caught him by surprise there,” Dixon said.