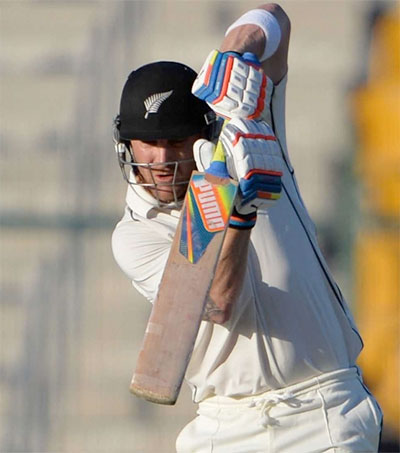 In the Boxing Day Test against Sri Lanka in Christchurch, Black Caps skipper Brendon McCullum, 33, was just five runs short of demolishing what could possibly have been the fastest ever double century in test cricket history. He was however, the first New Zealander to score 1000 Test runs in a calendar year.

“McCullum had 19 balls up his sleeve to break the record but fell, caught at deep mid-off while trying to hit a six. Because of course he did.

“[He] has not just made this incredible score against someone truly hopeless like Bangladesh or England. He did it against Sri Lanka, who are currently 5th on the ICC Test rankings.”

“Kiwi commentators were understandably in raptures today. ‘We’ve seen some bludgeoning today but look at that, that was stylish,’ they said of a beautiful McCullum lofted off drive shortly before he was out. ‘Oh, thet sux,’ they also said at one point. Except they didn’t actually say that. Our bad. Translated, what they actually said was ‘that’s six’.”