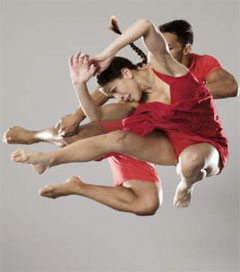 “Pittsburgh Dance Council’s commitment to finding cutting-edge dance took it halfway around the world for its new offering, the Black Grace company from New Zealand,” Mark Kanny writes for the Pittsburgh Tribune. “Its founder and choreographer, Neil Ieremia, has created his own language, melding Polynesian influences with modern dance. ‘Right from the start, the first piece I made after graduating from dance school was about Samoan cricket,’ Ieremia says. After his cricket piece, Ieremia realized more fully the elements of Pacific island and modern New Zealand culture that were in him. He believes dance, at its core, is intuitive, but as an art form, it is organized intuition.” Black Grace is touring North America through March, performing Pati Pati, Amata, and Ieremia’s latest full-length work, Vaka.