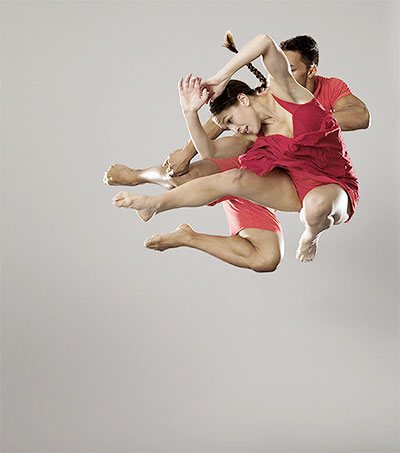 Black Grace dance company makes its Edinburgh Fringe Festival debut with a series of performances spanning nearly 20 years. Founder and choreographer Neil Ieremia will steer the troupe through a mixed bill of short works expressed with a richly physical raw power and flair.

The oldest, dating from 1999 and based on a nursery rhyme, combines the traditional fa’ataupati (or slap dance) with Western choreographic techniques. Another, featuring seated body percussion, taps into male stereotyping in the Pacific.

“I grew up in Porirua, just outside the capital city of Wellington,” Ieremia explains. “It was a tough, working-class environment, so you can imagine how difficult it was as a young male to be interested in dance. Pacific and New Zealand men are supposed to be farmers, hunters and labourers, not dancers!”

The rest of the programme balances a high-impact tribute to Ieremia’s mum in amongst political edginess and a fantastically romantic take on gender differences. About the latter Ieremia says, “For the first seven years of Black Grace, I only worked with male dancers. Then, in 2002, I brought three women into the studio. The effect was incredible. All of a sudden the guys were behaving differently, looking after themselves. The studio smelt better too.”

Ieremia founded the company in 1995.