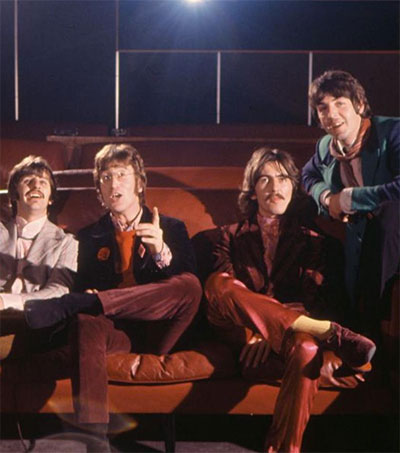 Lord of the Rings filmmaker Sir Peter Jackson is making a new documentary on The Beatles using 55 hours of never-before-seen studio footage that was shot in early 1969 for the 1970 feature film Let It Be. The move was announced on the 30 January on what is the 50th anniversary of The Fab Four’s rooftop concert on top of the Apple Records offices in London.

Although no release date has been set it is believed that the as-yet untitled film will come out in 2020 to mark the 50th anniversary of the Let It Be movie and album – which was the final studio release from the band before they split at the end of 1970.

In a statement confirming the doc, Jackson said: “The 55 hours of never-before-seen footage and 140 hours of audio made available to us ensure this movie will be the ultimate ‘fly on the wall’ experience that Beatles fans have long dreamt about. It’s like a time machine transports us back to 1969, and we get to sit in the studio watching these four friends make great music together.”

Jackson, 57, has been through much of the unseen footage and says that what he has viewed shows just how much fun the four bandmates had during those sessions, despite the impending break-up.

He said: “I was relieved to discover the reality is very different to the myth. After reviewing all the footage and audio that Michael Lindsay-Hogg shot 18 months before they broke up, it’s simply an amazing historical treasure trove. Sure, there are moments of drama, but none of the discord this project has long been associated with. Watching John, Paul, George and Ringo work together, creating now-classic songs from scratch, is not only fascinating, it’s funny, uplifting and surprisingly intimate … I’m thrilled and honoured to have been entrusted with this remarkable footage. Making the movie will be a sheer joy.”