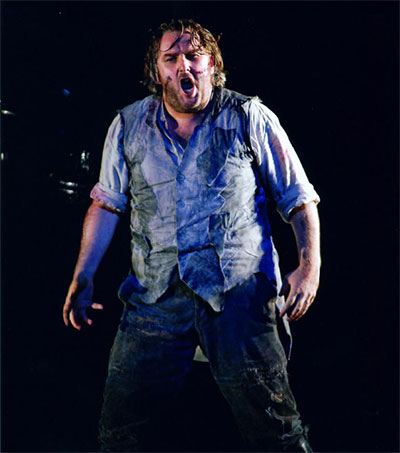 The best of Bernstein, Brahms, Hungarian classical and Wagner’s Ring Cycle are among the classical highlights of this year’s Edinburgh International Festival, and Ashburton-born opera singer Simon O’Neill, 47, is one of the must-sees, according to online entertainment site, The List.

“If there’s anyone still to be convinced of the merits of concert performances of operas that were originally intended to be fully staged, then Sir Mark Elder’s Siegfried will be the sure-fire event to make minds change. Following last year’s sensational Die Walküre, the International Festival continues its presentation of Wagner’s Ring Cycle with the Hallé Orchestra and an impressive lineup of soloists returning to Edinburgh as part of this four-year project,” Carol Main writes.

“Described as ‘the Wagnerian tenor of his generation’, O’Neill is the hero who knows no fear, who puts together pieces of his father’s sword to slay a dragon, who gains the cursed ring of the cycle’s title and who brings the opera to a close by waking – and falling for – the Valkyrie Brunnhilde, giving her the ring to prove his love. It’s heady stuff. For five and a half hours.”

In the 2017 Queen’s Birthday Honours, O’Neill was appointed an Officer of the New Zealand Order of Merit for services to opera.

O’Neill performs in Siegfried at Usher Hall, Edinburgh on 8 August. He then travels to Stockholm, Sweden to perform Mahler Symphony No.8 with the Swedish Radio Symphony Orchestra.