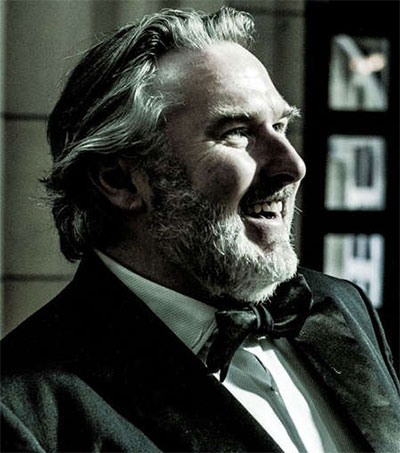 New Zealand-born tenor Simon O’Neill gave a recent recital at Hertz Hall in Berkeley, California. He was accompanied by fellow New Zealander Terence Dennis on piano. “Both O’Neill and Dennis are much decorated artists with considerable international experience.” For this recital they were also joined by the Pati brothers, Pene and Amitai Pati, who also hail from New Zealand. The concert is reviewed by Berkeley Daily Planet journalist James Roy MacBean.

“Next on the programme O’Neill [sang] ‘Gott! welch dunkel hier,’ Florestan’s soliloquoy in his subterranean prison in Beethoven’s opera Fidelio. For this great aria O’Neill’s voice was fairly well suited, for here Florestan bemoans the solitude and silence of his unjust incarceration.

“Dennis performed the Eric Satie-like introduction and finale to ‘Im Treibhaus’ with great feeling. The final aria in this programme, Siegmund’s invocation of his father’s promise of a sword, was heroically rendered by O’Neill, who may have saved his best singing for last. Along with the Pati brothers and pianist Dennis, O’Neill accepted the enthusiastic applause of the Berkeley audience.”